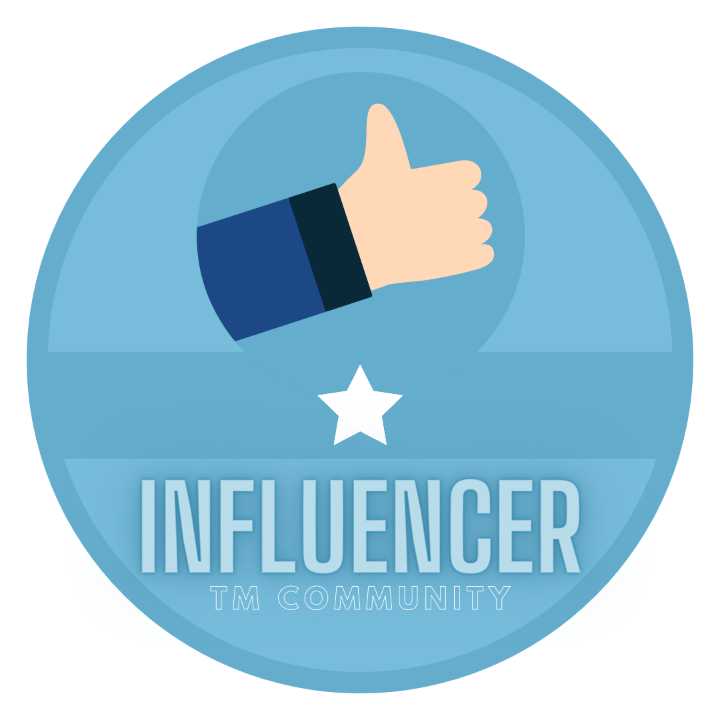 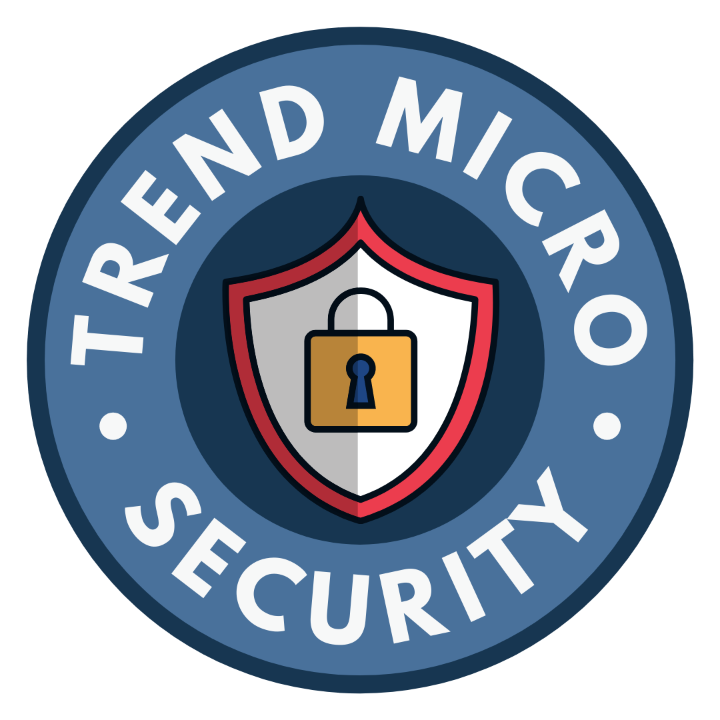 I updated my Trend Micro Maximum Security to version 17.7 yesterday and I have been unable to instass the Toolbar on Mozilla Firefox.  I have no such problem with Microsoft Edge???

I am getting the Toolbar Installer but even if I am able to open it takes me to a page with this message: Oops this page "error"...etc.

Anyone had a similar experience and if so, were you able to solve this problem?

To help you on your concern, I would like to ask further description and explanation of the symptoms you are experiencing. Please let us know what happened and on what part did you encounter the problem.

Also, can you check if you have any other extension that can cause conflict with the Trend Micro toolbar?

Let us know how it goes.

I don't have any other conflicting extensions, I only have two other extensions: Trend Micro Osprey Firefox extension and Trend Micro Password Manager.

As I said in my post, after installing Trend Micro I get the pop=up telling me to install the toolbar.  I run the installer and it is adding the extension in my list of extensions under Firefox, but it does not show on Firefox.  Furthermore, if I give it authorization  to work on a private page, it disappears completely from the list ??

Thank you for the info, @giguerejeanmarc!

I have sent an email regarding your concern. We'll assist you from there, please respond.

Does this info help?  https://helpcenter.trendmicro.com/en-us/article/tmka-10661?utm_medium=fftoolbarstore&utm_source=tihe&utm_campaign=ikb

Thank you for sharing your idea on how to resolve other user's concern, terry.

Did you solve this problem? I tried installing extension from trend micro website, but it doesn't work and even show on the browser.

To help you with your concern, I would like to ask for further description and explanation of the symptoms you are experiencing. Please let us know what happened and on what part did you encounter the problem.

Also, please provide us with the following information:

Also, can you check if you have any other extension that can cause conflict with the Trend Micro toolbar?

2. There was no error message. I tried installing extension from

but didn't work and show up and on the extensions list even after installing.

I would like to inform you that on version 17.7, the Trend Micro toolbar for Mozilla Firefox is currently under maintenance and will be available soon.

In the meantime, you may use other web browsers and add their own Trend Micro Toolbar.

I hope this helps.

I can't add the trend micro tool bar to firefox.

Unfortunately, the Trend Micro Toolbar for Firefox is under maintenance for version 17.7 of Trend Micro Security. You may check the link below to learn more about the issue:

"Oops! We can't find that page" error from Mozilla Firefox

In the meantime, you may use other browsers and add Trend Micro Toolbar on it.

"Oops! We can't find that page" error from Mozilla Firefox

Note: This comment was created from a merged conversation originally titled Update Trend Micro Home and problem in firefox with the trend micro toolbar

We would like to inform you that on version 17.7, the Trend Micro toolbar for Mozilla Firefox is currently under maintenance and will be available soon.

In the meantime, you may use other web browsers and add their own Trend Micro Toolbar.

Hi, @alan_8917bc. We have no definite date yet but we are already working on it.

Could you perhaps work a little harder please

It has been three weeks and this bit of code still isn't fixed. Speaking as a programmer, I find that extraordinarily problematic. I would never allow an issue like this to persist for anywhere near this long. It makes me wonder if Trend Micro actually has any qualified programmers on staff. It certainly gives the appearance of incompetence, I'm very sorry to say.

A point of view some users might well agree with?

Well said Scott...  would like to know what really is the problem....

We humbly apologize for the inconvenience and the long wait. Our developers have been closely coordinating with Mozilla Firefox to make it available this month. We will make sure to let you know once the update is available.

Let's not forget the good part of TM Max (see below). I guess all AV providers are slow at times at resolving issues, certainly I've experience this with Bullguard. Nonetheless, TM should try to "set the bar" on customer feedback. I will just say TM's support page is one of the very best I have encountered, you can normally always FIND some information/help relating to an functionality issue, and It's not often, regarding the 'Firefox Toolbar' problem, that you read raw honesty that it's still being developed so to speak, so I do give credit for that. But lets hope it's sorted out soon.

Thank you for the continued support, Terry.

We really appreciate it. We will update you as soon as it becomes available.

Have a great day!

Hi all! Same problem here. I guess our only choice is to wait for *someone* to fix the problem, but I agree with some of the other comments that the current delay is worrisome. I only purchased TM a few days ago, and this really spoils the experience for me. After years of using other products (BitDefender, Kaspersky, Norton) with generally positive results, I wanted to try out something new. Tough luck, as I'm now left with the distinct impression that a significant part of my investment will be lost. If this keeps up much longer, I'll probably cancel my subscription and move on to a more reliable alternative.

We are very sorry for the inconvenience this has cause you, rest assured that are developers are already coordinating with Mozilla Firefox to resolve the concern. We will let you know when it is available.

This has been going on for too long now.  We are paying for critical protection that we used to have but no longer works.  What happened and when can we expect a resolution?   (P.S. "Use another web browser" is NOT an acceptable solution.)

I totally agree with you.

I have been a Trend Micro customer, as well as a one of their "Beta tester" for many years.  I was no longer involved in this process, two years ago.

In fact, when I first began to use their product, it used to be called Pc-Cillin.

Over my years as a "Beta Tester" I remember seeing a similar problem with Firefox, a few years ago.  If  I recall properly, this problem was on "Firefox" side.

Having said that, there is no reason why this issue is not yet resolved and I will definitely think twice before renewing my subscription.

Awww...I remember my very first Computer system in 1998, made by "Tiny" Windows 98se yay!!   That had the good old PC-Cillin, easy to use AV program with a fun interface.... I made the big mistake of switching to Norton Anti-Virus (the utilities could ruin your PC) . Problem is when you wanted to remove Norton AV plus Utilities, it was a bit of a mistake to try!! Attempting to Uninstalling Norton was a real pain, as removing the dam thing  often resulted in a corrupt 'Uninstall'. Haven't used Norton for years because of the reputation it had. The Modern version has issues of it's own with it's Auto_Renewal insistence. I understand Norton was being taking to Court in the UK>>

We understand your frustrations giguerejeanmarc and kanefke but as of this time, we are still creating solutions and closely monitoring this issue. We will immediately let you know when it is available.

Hi, telboy911. Thank you for supporting us from the beginning. In case you need more help, please let us know.

That's it, I've had enough! Not only is it impossible to install the tool bar in Firefox, but TM just gave me a false positive as I was updating a music production suite I've been using for years, causing the process to crash. I've spent the last two hours solving the problem, which required me to uninstall TM and activating Windows Defender, of all things, before reinstalling the entire suite! After 6 years of using Norton, I wanted to try something new and purchased TM Deluxe three weeks ago, on the basis of positive reviews from reputable sources on the Internet. Guess I should have gone with the 1-month free trial before wasting 80 bucks on this product. Well, it's back to Norton for me! I will be looking forward to removing TM from all my devices and putting an end to this harrowing experience!

We respect your decision on removing Trend Micro on your devices. We still hope you stay safe on your online journey, so, if you would like us to help you further with the false-positive detection, let us know and we will be more than happy to assist you.

Hi, I do sympathise with your frustration, software issues are sometimes very difficult to resolve, and if you’re ‘OS’ is Windows based, it can be a real headache, and it’s not always the fault of the software code your trying to install. TM’s had development release delays with its Firefox Toolbar as I’m sure you know. I’ve tried most of the top players in Internet Security Suites, Bitdefender, Kaspersky, McAfee, Bullguard, F-Secure, their all have their pros & cons (see my other post where I touch on Norton). But I just found TM’s Suite a refreshing change, plus it’s long pedigree in the AV world when it was called PC-Cillin. Yes, I had a couple of hiccups with it, which I’m not completely blaming TM for, but so far now all is good, for me that is.

Thank you very much for your feedback and support. We humble apologize for any delay with the fix. We're always working hard to improve the app. If there is anything we can do for you, just let us know.

It would be great if you could tell us what the problem is, this way it would help us understand why it's taking so long.

As I said in a previous message, in my days a a "Beta tester", I remember Trend Micro having a similar issue with Firefox and it took a while to get this issue resolved.  Then again, I recall properly it was a problem generated by Firefox !!!

Hopefully, you will have good news for us in the next few days.

Mozilla add-on submission process includes automated and manual reviews that they continue to evolve and improve in order to protect Firefox users. Review process affects the toolbar unavailability as they are making sure that add-ons are safe for users.

The update should be available within the month, thank you for understanding.

Today is November 24, 2021 and I have been getting that popup notice for well over a month.  I paid for protection for my PC's and phones, for the past month I have been using an unprotected browser because of TM's missing toolbar.  Using another browser is not applicable for me, Firefox is what I use and have everything setup on and under, unless someone is going to reimburse me for my time to move to another browser, "use another browser" is not a solution.

I am definitely rethinking my 2 year subscription.  It's time to read through the ToS and then see exactly what Trend Micro is responsible for with their subscription.

We are closely working on this, jtjones73. We sincerely apologize for the inconvenience you are experiencing because of this issue. Rest assured that we are doing our best to create a solution and to provide better quality protection for your devices.

We will keep you posted.

Do you have any good news for us...is the problem soon to be fixed?

We humbly apologize for the delay, our developers have been closely coordinating with Mozilla Firefox to make it available as soon as possible. We will make sure to let you know once the update is available.