TM suddenly spiked to 100% CPU usage when I was doing/distracted to do something else. It turns out it started to scan an installations folder in my external drive that I left open in a File Explorer window. I knew this via opening ResMon and checked Disk tab; it was indeed accessing the several installers in the folder. (not exactly shown here, but for this CPU tab I don't exactly see my CPU spike to 100% constantly full like this) 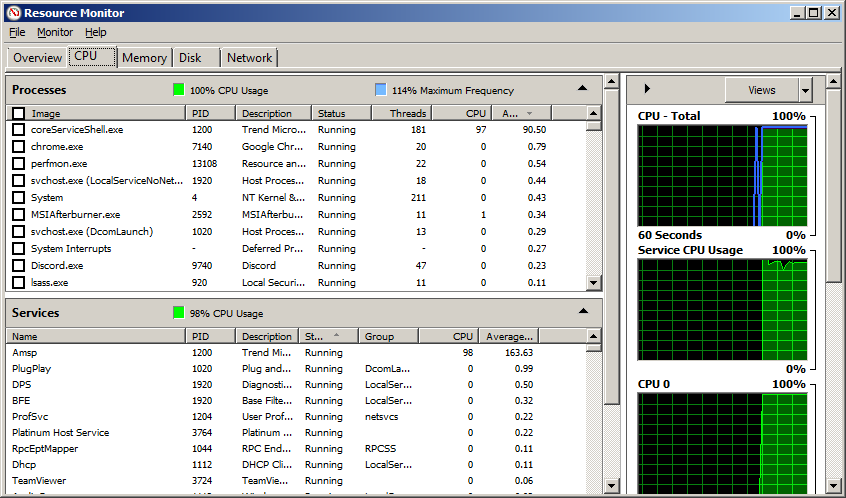 I wouldn't mind TM doing this. However, it "stole" the total responsiveness of the computer to a crawl. Like, mouse juddering and slow to update on the screen. I'm not sure if it's a behavior only for "Enable real-time scanning for compressed files (like ZIP files)", but I've accessed several large hundreds-of-MB non-installer/zip files before but it doesn't do as much response stealing.

That said, if there's a way to tell what TM is actually doing in the background, please do so. I hope it becomes apparent/transparent to the user "when they want to know", too. Like, I dunno, an option for a "currently scanning" status bar in the main console or something. This is so that the coreServiceShell.exe going 100%, or any other program that may be using the CPU aggressively, won't be a mystery to the user as to why it's using such.

How can we improve?